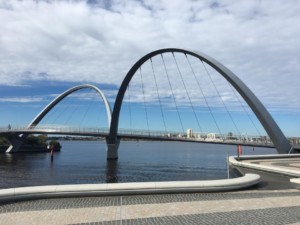 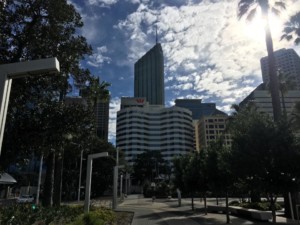 Fasta Couriers is your local Perth Courier Company, who are the reliable choice for your business requirements providing ‘on-demand’ courier services in Perth – Western Australia.

Our local Perth delivery area coverage and driver knowledge of the Perth metropolitan area, Perth CBD and surround Perth suburbs, can put one of our local courier drivers on your doorstep in accordance with the service standards you require.

This isn’t to say that we are limited to the Perth metro area. At Fasta Couriers we have delivered spare parts to Eucla, product samples interstate, and just about anything else anywhere a client might request of an ‘on-demand’ courier service across Perth – WA – Australia.

Fasta Couriers provides standard coverage for the entire Perth metropolitan area. All drivers are within both voice and data contact of our courier company head office powerful radio antenna. And to make sure there are no communication problems when dealing with Fasta Couriers, all our delivery drivers must carry a mobile phone for emergency backup.

Perth is the capital and largest city of the Australian state of Western Australia. Perth is the fourth-most populous city in Australia, with a population of around 2.02 million (as of 9 August 2016) living in Perth city. Perth is part of the South West Land Division of Western Australia, with the majority of the metropolitan area located on the Swan Coastal Plain, a narrow strip between the Indian Ocean and the Darling Scarp.

Our popular Perth sandy beaches are a draw card for tourists to Perth in summer and the huge, riverside Kings Park and Botanic Garden on Mt. Eliza offer sweeping views of the city.

The Perth metropolitan area has two major river systems: the first is made up of the Swan and Canning Rivers; the second is that of the Serpentine and Murray Rivers, which discharge into the Peel Inlet at Mandurah.

St Georges Terrace is the prominent street of the area with 1.3 million m2 of office space in the CBD. Hay Street and Murray Street have most of the retail and entertainment facilities. The tallest building in the city is Central Park, which is the seventh tallest building in Australia.

The CBD has recently been the centre of a mining-induced boom, with several commercial and residential projects being built, including Brookfield Place, a 244 m office building for Anglo-Australian mining company BHP Billiton. Perth came seventh in the Economist Intelligence Unit’s August 2016 list of the world’s most liveable cities, and was classified by the Globalization and World Cities Research Network in 2010 as a world city.

Perth is divided into 30 local government areas and 250 suburbs, stretching from Two Rocks in the north-of-Perth to Singleton in the south-of-Perth, and east inland to The Lakes. Outside of the main CBD, important urban centres within Perth include Fremantle and Joondalup.

State electorate(s): Perth (and 41 others)

Federal Division(s): Perth (and 10 others)